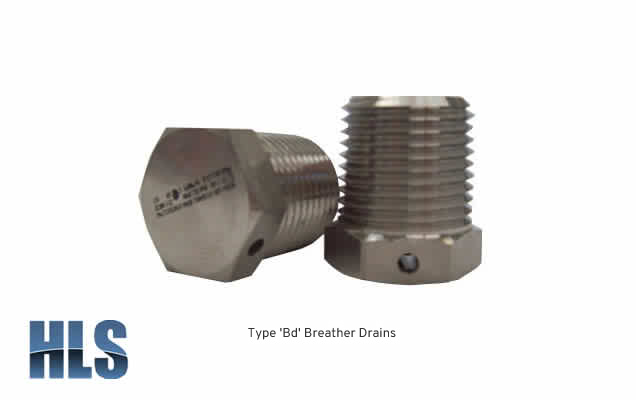 Type ‘Bd’ Breather Drains are used to allow the air inside an ‘Ex d’ Flameproof or Class I, Division 1 Explosionproof enclosure to breathe with the surrounding atmosphere and also to allow any moisture that enters the enclosure to drain while maintaining the overall integrity of the installation.

Intended for use where an installation is subject to fluctuations in temperature which can lead to the formation of condensation and a subsequent moisture build-up. Under normal circumstances air is able to flow into the breather holes and past the flame paths into the enclosure. They allow water to drain from the enclosure. As the bottom of an enclosure fills with water, the water will begin to enter and eventually make its way out of the breather drain. The force of gravity will pull the water through the threaded flame paths and out of the breather holes allowing the enclosure to drain.

* No data sheet available. Contact us for more information.